Posted on November 29, 2012 by transitionsheff 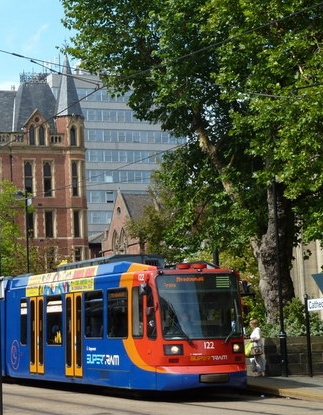 One of the things that Transition Sheffield does is to engage with Sheffield City Council about sustainability issues.  Here’s one example.

At the Transition Cafe in July 2012, Jack Scott, SCC Cabinet Member for Environment, Recycling and Streetscene, presented info about  the ‘Streets Ahead‘,project, which aims to ‘improve the city’s roads, pavements and streetscene’. This is essentially Sheffield’s highways maintenance contract, and had just been awarded to Amey.  People at the event raised a number of questions, and although Jack responded to questions, participants still had concerns about the impact of the highways maintenance contract.  For example, it seemed likely that a large number of Sheffield’s fantastic mature street trees might be felled in the immediate months, and the majority of those present hadn’t even heard of the project.

Following on from the Cafe event, a list of questions and observations were sent to Jack Scott.  Here’s a summary:

Why was the contract had been awarded to a multinational company, when this could be an opportunity to rebuild the local economy?  Is anyone checking to ensure that the environmental footprint of the scheme is as low as possible e.g. aiming to reduce energy use and reuse paving materials and timber?

What about local impacts of the scheme – how will the scheme affect flooding in the future, by changing water uptake at times of peak rainfall / snow melt? Will there be public consultation about positioning of lights, as these impact on both people and wildlife? And what about the Impact of tree replacement on nesting birds?

Finally there was a set of questions about biodiversity – How will tree replacement decisions will be made? Which tree species will be used and why?, Are contractors such as Amey aware of the campaign to ban neonicotinoid pesticides to protect bee populations?  And has the Council’s Ecology Unit involved been involved the project?

The outcome was a meeting between Steve Robinson, the officer managing the contract for the council, Graeme Symonds, Network Director for Amey, and Rick Watson, Saleema Imam and Christine Steers from Transition Sheffield and Friends of Burngreave Cemetery.

See the attached doc for notes from the meeting and answers to the questions raised.  We think that the Council and Amey have taken these issues more seriously as a result of the meeting, but we still want to flag up the project to everyone else in Sheffield.  You can check the project timetable/map to see when the Streets Ahead project is due to be implemented in your area.

This entry was posted in Campaigning. Bookmark the permalink.